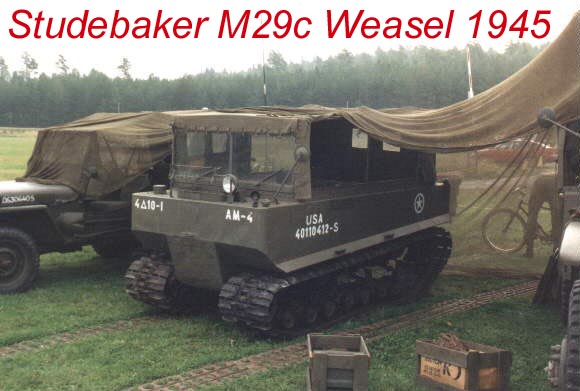 Studebaker & The War Effort
During World War II, Studebaker produced military trucks, aircraft engines
and the Weasel, a tracked personnel and cargo carrier that was designed by
Studebaker engineers. One version of the Weasel was amphibious. 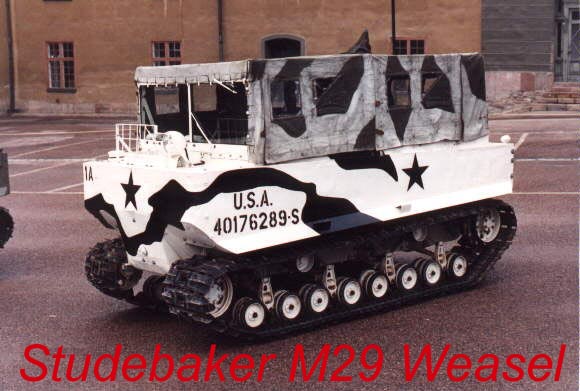 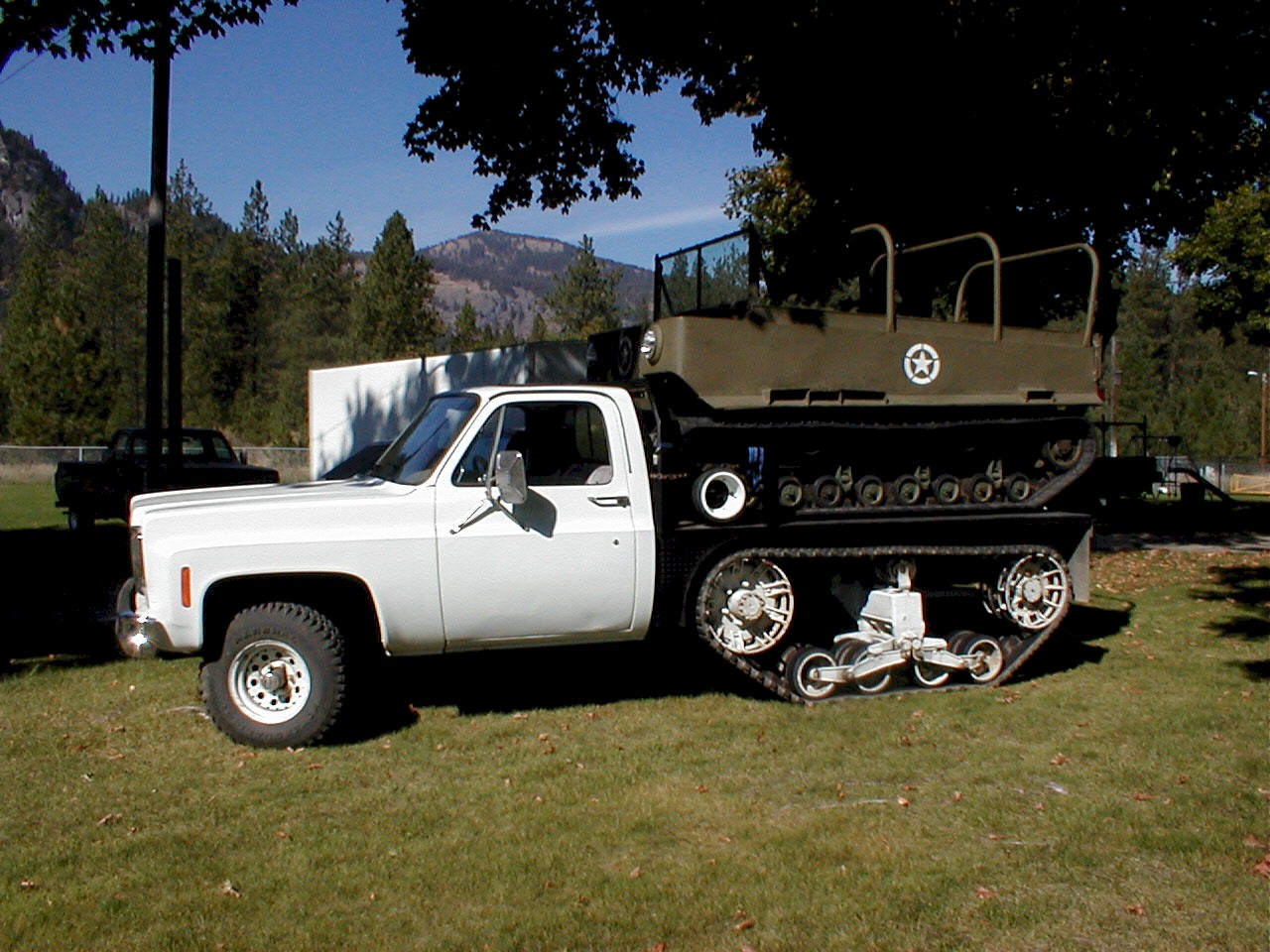 This photo was sent to me by Gary Lacy of his M29 Weasel, and what he calls "A POOR MANS HUMMV ". He built the Chevy Half Track.  He also did a Track conversion on the M29 Weasel.

This is Gary's M29 Weasel with the M114 Track conversion.  And, he just completed the engine change over to a Ford 250 with a C-4 automatic Transmission. All so he changed the direction you drive. The back is now the front.

Here's Gary using his Weasel as a log Skidder.

Here are some Photos of Gary's Track Conversion Work.

Gary and his Son out for a climb in his Weasel.

Here are some Snow shots of Gary and his Weasel.

Some other pics sent by Jason.

Just picked this up.  I've been looking at this Weasel for five years. Stopped by the owners house to see if it was still for sale, it was and the price was to good to pass up.  It came with a NOS rear end, spare rebuilt engine, NOS transmission and a bunch of other parts.